As with many other Americans, what happened to George Floyd disturbed me on a level I could never explain. I want to share something I recently experienced hoping it will help even one person to properly address these experiences and move forward with a pure heart. 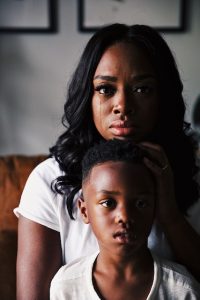 I scheduled an in home shoot with my friend Sarah Ward. At the end, I wanted her to get some shots of me and Denim. I imagined us both staring into the camera with our “serious faces.” I knew Sarah would be able to bring my idea to life, but something else happened. She took a few shots and then she told me to wrap my arms around my little boy.  As I held Denim, I remembered all the racial encounters I’ve ever had:

I was around ten years old when I learned first hand what racism looked like. My dad was racially profiled while talking with his brother at my grandparents in Texas. They were standing on my grandparents property laughing and talking while my mom, brother, and I sat in the truck waiting to head back home. I vividly remember them looking at his truck plate, inside our suburban, and saying “Get back across that water boy.” Teneha, TX neighbors the part of Louisiana we lived in at that time, and was separated by a small body of water. They were telling my dad to go back to Louisiana!  I was so confused! Why did he call my dad a boy and why did we have to leave? I saw the anger in my dad’s face! The fury! I don’t remember much after that other than daily phone calls and letters. Ultimately, the police involved were fired as they had several racial complaints against them.

I was a 22 year old college student when Obama won his first term. This happened nearly twelve years after the previous experience. I drove home for a weekend and saw a blow up Obama doll with a noose around it’s neck hanging at a local gas station. I was furious! How could I live in a place where this was acceptable. Why did no one see this as a problem?

I graduated college in 2011 as a registered nurse. I’ve worked in nearly ten emergency rooms including one of the largest trauma centers in southern Louisiana. During my time as a RN, I was assigned patients who did not want me to be their nurse or would question “are you a LPN” as if being a black RN was unheard of. I’ve had patients that no matter what I did to make them comfortable and provide the best care it would never be good enough; they would find something to complain about or somehow question my compentency. “Why”?

These are only a few experiences. If I listed all of them, I’d have to write a book!

Trayvon Martin was killed in 2012 and I was old enough to understand that racism didn’t just exist in the south. I cried for hours because I couldn’t wrap my brain around the same question I’d been asking myself for a decade, “why”? I made up my mind that I wouldn’t feel this type of pain again. As the years went on murder after murder, I wouldn’t watch the footage. I still haven’t seen When They See Us because I’ll carry it ten years from now. When nobody else is thinking about it, I will be!

During our photoshoot, all these things plus current events plagued my mind and I questioned

“Why do I have to have the same conversation with my son about racism that my grandfather had to have with my dad? Nothing has changed!”

I broke in front of Sarah. I allowed myself to cry and hurt in a way that I hadn’t before. Then like the friend she is, she dropped the camera and wrapped her arms around me. She didn’t have the words because she doesn’t personally understand, but she was present in that moment with me. That’s what mattered! We talked about her perspective, my perspective, and God’s perspective. We finished the shoot but that wasn’t the end of my healing process. 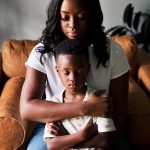 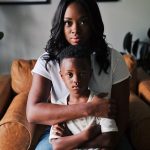 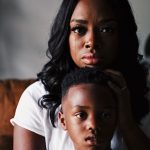 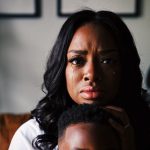 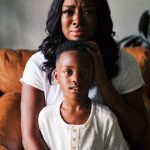 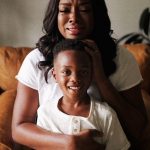 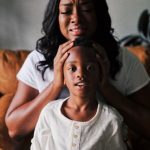 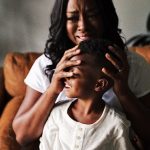 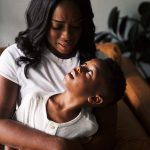 I went to sleep around 1 o’clock a.m only to wake up at 4 o’clock a.m after tossing and turning. Not understanding why, I got out of bed and headed to my closet to pray. Before my knees hit the floor, I heard a small still voice say “let it all out right here.” I shattered before God! I beat the floor. I shook. I screamed. I was angry. I was sad. I was helpless. I felt every emotion as I thought about my earliest experience of racism, the danger for the men I love, my son, and the recent events relating to George Floyd.  All these years of experiencing and witnessing discrimination I never allowed myself to feel it on this level. Then that small still voice said “cast your burden on me and leave it here.”

“I don’t know how. This is deeply rooted stuff God,” I said.

“Pray for them!” Then there was silence. My breathing got heavy and I paused in the praying position. I didn’t want to (not in this moment).

“Answer him when he calls on you God. Bless him and his family. Move for whatever need they may have.” I whispered thinking about the police who profiled my dad. “Draw him closer to you. Give him space to repent and the chance to build a relationship with you,” my lips stammered as the image of Derek Chauvin came to my mind.

The more I prayed, the more I meant what I said. I travailed in that space. I begged God for a clean heart and a willingness to free them! Then slowly, the heaviness was lifted. No, the burden was given to God. My prayer didn’t change the current situation or the experiences I’ve gone through. It did, however, change me!

I walked out of my closet looking at Derek Chauvin and many others as lost people who need God to change them as he has so many others. God created them but their environment shaped them! I have Caucasian people in my ministry who were members of the KKK, but now they worship on side of black people crying out to the same God. That’s what God’s spirit can do. It can change the very heart of a man if that man be willing.

I choose to forgive men who may not be sorry. Yes, I want justice but I will not let my heart turn cold, bitter, and full of hate. I want what God wants: to live peaceably with all men, and to have agape love one to another. I have purposed to love my neighbor as myself even if my neighbor doesn’t love me back. I won’t dare tell you how to grieve or mourn but my prayer is that you will recognize who your enemy really is and that you’ll want the same thing God wants!

Thank you to all who stand united as we fight against discrimination and racism. Galatians 6:2 states we should bear ye one another’s burdens, and so fulfil the law of Christ. You will never know what it feels like, but your presence standing next to us, holding our hand, and speaking against the evil is enough. #UnitedWeStand #DividedWeFall #StrongerTogether 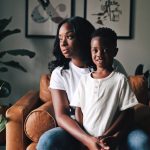 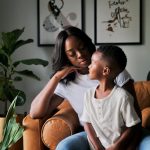 God’s word can comfort you, please take the time to study these!

Also, take time to listen to the words God has for his people at this time here.

Ephesians 6:12 For we wrestle not against flesh and blood, but against principalities, against powers, against the rulers of darkness of this world, against spiritual wickedness in high places.

Ephesians 4:26 Be angry and sin not: let not the sun go down upon your wrath

Psalm 55:22 Cast thy burden upon the Lord, and he shall sustain thee: he shall never suffer the righteous to be moved.

Mark 3:25 And if a house be divided against itself, that house cannot stand.

Proverbs 4:23 Keep your heart with all diligence, For out of it spring the issues of life.

Psalms 37: 8 Cease from anger, and forsake wrath: fret not thyself in any wise to do evil.

This site uses Akismet to reduce spam. Learn how your comment data is processed. 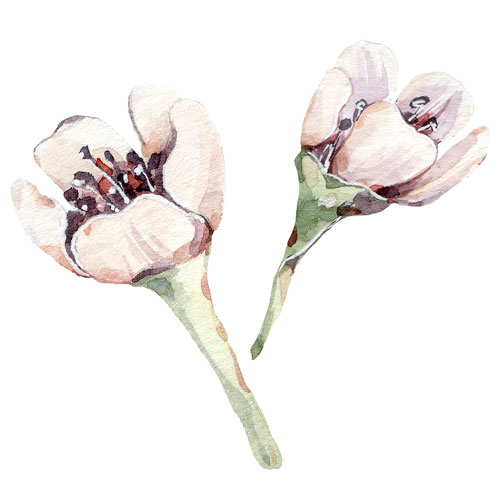 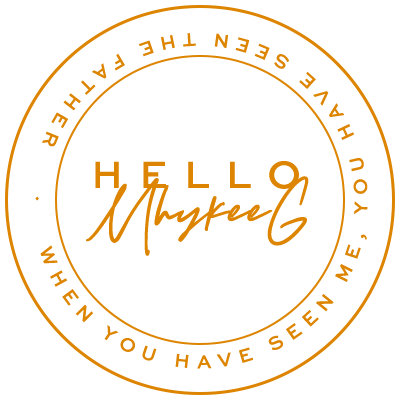 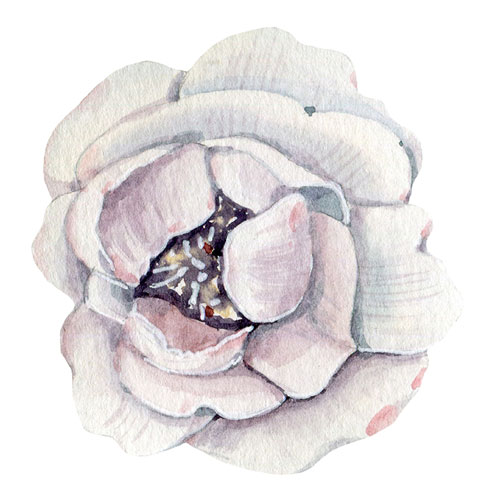